KARATOV is a Russian jewellery manufacturer and hypermarket. The company previously used a number of different systems for email and SMS marketing, and the customer data were stored in several different places.

Before we started working with Mindbox, our address database for customer messaging was store in five different places! Our site, Mailchimp, 1C, Google Spreadsheets, and a pop-up module, plus the SMS service. It was completely impossible to communicate with our customers like this. We sent trigger-based messages through a recommendation service, manual emails through Mailchimp, and still more manual messages through 1C and Bitrix. There was also service and transaction SMS and email… It all required monitoring and attention: something was always breaking,settings would reset, data would disappear, etc.

26 February: Loaded customer data from the second system. After de-duplicating everything, it turned out that we had twice as many customers as we thought.

Everything started with consistent integration, which we spent a little more than a month on. We did the integrations once and they still work, with no errors, bugs or other nonsense.

18 March: Integrated with the site and loaded order history data. Now we could segment KARATOV’s customers by orders and site activity.

21 March: Started transitioning to the first trigger-based mechanics, which included:

After the integration, we started to send classic trigger-based emails… and, surprisingly, they began to work better. We understood that our clients don’t need super-smart recommendation algorithms. Our brand managers can make the best product recommendations. Mindbox learned about this through the classic product feed. The result is amazing: everything works clearly, by the rules and in one place. It’s nice that we can customise things without having to use programmers; we could change and test variants five times a day if we wanted to!

This next part is, perhaps, the most interesting. Unlike other stores, which limit themselves to a modest email on the birthday itself, KARATOV sends the first email a full month beforehand, and then sends periodical reminders. Is your birthday coming up soon? Here’s a discount.

Didn’t use the offer or didn’t even open the email? We’ll send another email and SMS reminder.

If the customer’s birthday passed by, and the promo code has not yet been activated – no problem, we’ll send one more email in three days.

The highest sales conversions actually come from the emails sent a month early, and from the emails that the customer receives several days after their birthday, at 4.2% and 4%, respectively, compared with 2.44% for the email on the birthday itself. This is not surprising: after all, the customer’s inbox is full of birthday greetings!

When our fantasies came to an end, we decided to create our own bonus programme:we thought for a long time and planned to do it in 1С – where else did we have all the sales data? Ultimately, as a test, we called Mindbox again and got started in a month. Just two integrations and our customers could already use bonuses in their orders.

End of May: We started developing a loyalty programme with clearly formulated requirements.

The initial rules were simple:

2. You ccould pay up to 30% of the purchase price with bonus points.

3. If the customer decided to save up their points instead of spending them, they received bonus points worth 5% of the jewellery price that will never expire.

4. Managers needed to be able to award points manually.

5. Points also needed to be able to be awarded in emails, showing the bonus point balance in the email body.

6. We needed to be able to award points for non-sale activities. For example, for registering or subscribing to newsletters.

June: KARATOV created an attractive, intuitive interface for its loyalty programme, set up a web page with the rules and debugged the code.

They weren’t sent to everyone, rather just to those customers who hadn’t made a purchase in more than a year. The results didn’t take long to see: the call centre was hit with a flurry of orders.

July-August: The next emails with various bonus point amounts were no worse. After receiving the first results, we made corrections to the loyalty programme:

September: We gradually eliminated promo codes in trigger-based emails and switched to the bonus point system.

In the first three months, we combined the data from several systems, began to segment customers, transferred the old trigger mechanics and began to launch new ones.

In the following three months, we implemented an effective, functional loyalty programme. The results were a significantly higher email traffic share (the exception was August 2016, when Karatov sent hardly any emails) and happy customers.

«The friendly interface for manual emails was appreciated, as well. We also built hash-authorisation into all our emails, which had a positive effect on conversions. Segment building was flexible, depending not only on sales but also on site and email interactions! This created an unlimited opportunity to conduct experiments and test the most incredible hypotheses!

We would like to specially thank the Mindbox team, they alway respond to product questions, always help with segment building and share their positive knowledge! Thanks to the whole Mindbox team for their service, which really works, helping us earn money at a reasonable cost!» 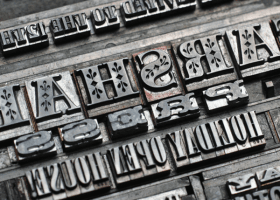 31 Aug ‘16 How to build nice, informative messages that look like a human wrote them 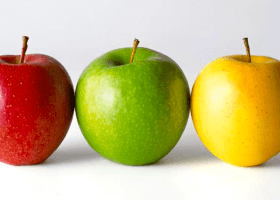 15 Jun ‘16 How to correctly measure the impact of email improvements: three ground rules
Thank you!
We’ll be back in 24 hours.