— Under Armour is an American sports attire producer. Their stores in Moscow, Saint Petersburg, and Ekaterinburg are represented by VostokInvest, their exclusive franchising partner. The cash register of choice here is 1C Retail.

If you have 1C, an existing loyalty program, and want to get involved in personalized marketing but are afraid to destroy what you already have, then this is a story about you.

Prior to transitioning to having their loyalty program processed by Mindbox, Under Armour was running a loyalty program on another service. Bonus points were written off and accrued via third party system utilizing authorizations via SMS. Trigger email-channel communications were set up in Mindbox.

The fact that the loyalty program was already running on another system meant that we needed to transfer it. The difference between transferring a loyalty program and launching a new one is as follows: 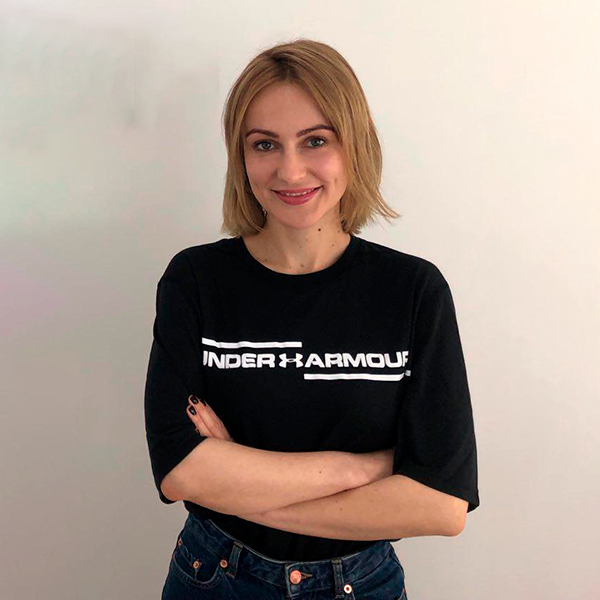 «The sales volume stemming from loyalty program clients within the bounds of our business amounts to 50%, which is why the selection of a CRM platform for us carries a lot of strategical weight.

At the point when we were deciding on launching, we were already working with Mindbox on automated client communication. However, we had the need to automate the trade marketing activation block as well, as all previous activity in this regard was customized specifically for our business tasks, which took up significant resources and stripped us of flexibility in launching quality consumer demand management.

For us, the Mindbox platform became a comprehensive CRM solution fulfilling all of our business tasks.

The professional, involved, and well-coordinated work with the guys from Mindbox and our IT team allowed us to realize an integration with 1C, processing transfer, and smooth client base migration without any losses over a tight time frame».

Why did you move?!

Despite the combination of three systems (Mindbox for communications, OSMI for virtual wallets, and a third system for loyalty programs) managing their functions, we wanted to transfer point processing into Mindbox because:

To launch the loyalty program, the following was required:

More details for each point, right after a review by Kirill, an Under Armour marketer. 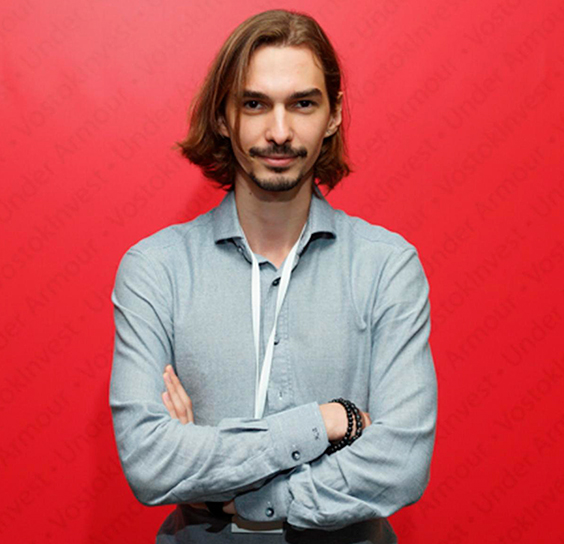 «After selecting a new platform for loyalty program processing, the Mindbox team and we promptly prepared an action plan and outlined all stages with clear deadlines.

Deadlines were a critical factor for us in this case since the transfer needed to go about in a manner that would be absolutely unnoticed by clients over a period of just a few hours.

Throughout the entire integration, our colleagues from Mindbox provided us with full support over all avenues – setting up promos, segments, full client database migration, finalizations involving 1C.

After carrying out all of our work, we gained a new ability to interact with our clients. More specifically, our personnel started to receive full information on clients. Their purchase history, their status in our loyalty program, and bonus balances directly on the cash register monitor or when completing a purchase. This significantly improves our client service, since it allows us to promptly answer all of our client’s questions in real-time based on loyalty program cards.

The Mindbox team is very competent when it comes to setting up CRM, they easily adapt to business demands, and throughout the entirety of the transition, they demonstrated maximum involvement and promptness in completing tasks».

Under Amour’s loyalty program rules have been drafted for quite some time prior to transferring processing over to Mindbox. All that was needed was to set them up in the interface. In total, we set up four promotions: point reductions and accruals for four levels of loyalty.

Clients are divided into four levels: Participant, Bronze, Silver, and Gold. Bigger purchases equate to a higher level. As a matter of fact, the greater a client’s level, the greater the number of funds returned to him as bonus points for completed purchases.

A Participant cannot save and spend points until at least 10 thousand rubles have been accumulated, based on purchases. Bronze participants accrue 3%, Silver-5%, Gold-7%. These three levels can utilize their points. Points lose their relevancy after a year since the time of accrual. They can be used to cover up to 30% of a purchase, anywhere, except for outlets.

Integration of cash register software and the loyalty program

In order for Mindbox promotions to be utilized in Under Armour registers, we integrated software based on 1C retail 2.2.8. To accomplish this, we received assistance from Specter, and more specifically, their developer, Evgeniy Sergeev, who was finalizing the module deep into the night. Without Zhenya, we wouldn’t have succeeded! 🙂

The integration included within itself a data exchange between the cash register and Mindbox, real-time, during the sale completion stage (when an item passes through the scanner), factual sale (when a receipt is handed over), authorization, and client registration via SMS. Since requests from the registers are processed in real-time, this had to be handled very quickly. Average processing times for one call equated to 300 milliseconds.

Usually, the process of delaying the exchange of data between two systems takes between one to four months. The incorrect transfer of just one variable causes errors on one side or the other, catching bugs also takes time.

But here, we managed things quite quickly, primarily because we had a ready 1C Retail integration module for Mindbox, which fit Under Armour. The percentage of erroneous calls over a 24-hour period came in at ~ 0.12% of all cash register software calls to Mindbox.

The 1C Retail integration module for Mindbox supports not only point write-offs and accruals, but public and personalized discounts, gifts, cashier hints, and on-receipt prints as well.

Communications with clients through email, SMS, and Wallet

A big chunk of loyalty program communications was already set up in Mindbox: a welcome chain, birthday gift, messages about transitions to new loyalty program levels. Prior to transferring our processing, we already had seven automated campaigns. These mailings were sent through our email channel.

New campaigns upon transferring loyalty that needed to be launched amounted to three – and all of them through the SMS channel:

Writing off Under Armour bonus points without an authorization code is impossible. Notify the cash register about your desire to write off points, receive a unique code, dictate it to the cashier, write off your points.

Link to a virtual card for the wallet

When a client registers for the Under Armour loyalty program, he receives an SMS with a unique link for a virtual card. Below is a screenshot of an Under Armour test card.

Balance and purchase amount information are downloaded to the Wallet from Mindbox in real-time. The virtual wallet is realized with the help of OSMICards, with whom Mindbox already has a standard integration.

Since we were transferring an existing loyalty program, it was crucial to transfer appropriate account balances and client loyalty levels from our previous system into Mindbox. A full download of data from our last service helped us in this.

Messing around in Excel is difficult to call engaging, to say the least. It’s worth noting that clients needed to be loaded between 00:00 to 08:00 Moscow time – while all Under Armour stores were closed. Including the one in Ekaterinburg.

With ready processing, full client histories, established promotions, and communication chains, we launched between the 31st of July and 1st of August. We spent the 1st of August catching bugs in the interface and collecting feedback from clients.

Some clients lost their bonuses. The issue arose in situations where accruals were not found in historical data. At which point we accrued bonuses through the interface.

What’s left to do

Despite launching with minimal functionality, there were a few things left to finalize.

In just two days, we launched the Under Armour loyalty program. Over the course of that time, we integrated promotion and bonus processing in the cashier software, launched three communications through SMS, set up OSMICards integrations for transferring virtual card data in wallets and downloaded historical data regarding points and Under Armour client loyalty program levels from the previous system.

In the future, the launch of a new user profile, discount card authorizations, downloading historical order data, launch of new promotions, and triggered loyalty program communications await us. In our next blog, we’ll share economic results regarding the loyalty program post its launch on Mindbox.

This story was prepared by 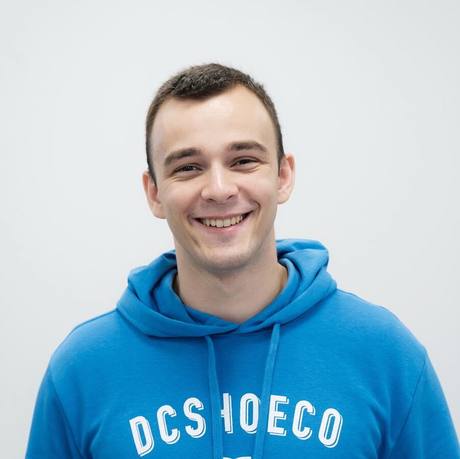 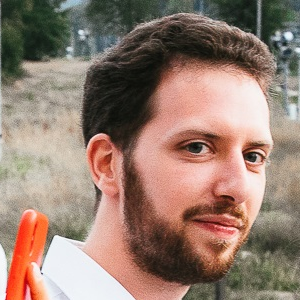 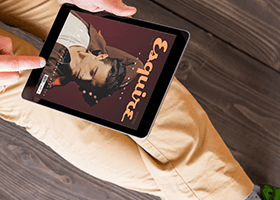 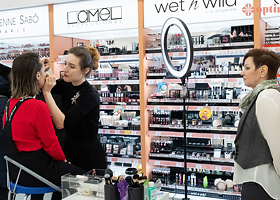 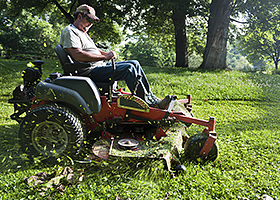 7 Aug ‘19 Garden machines: how a seasonal business can support its revenue with midseason mailings
Thank you!
We’ll be back in 24 hours.