Independent Media (IM), a media holding company and publishing house, has long been a trendsetter on the fashion and lifestyle magazine market. IM is working on digitizing its business, and email marketing is one of its top priorities. Mindbox is involved in seven of IM’s international brands: Cosmopolitan, Good Housekeeping, Esquire, Grazia, Harper’s Bazaar, Popular Mechanics, and the Robb Report. Each brand sends […]

Independent Media (IM), a media holding company and publishing house, has long been a trendsetter on the fashion and lifestyle magazine market. IM is working on digitizing its business, and email marketing is one of its top priorities.

Each brand sends emails to their subscribers 2–5 times a week. In order to accurately collect information from messages on subscribers, IM was looking for a CRM system that would analyze preferences and provide tools to personalize emails.

IM expected a CRM system that could provide:

After searching for a solution, IM selected Mindbox to organize its emails and determine how they could influence readers.

Remarkably, throughout the collaboration, the unsubscribe rate dropped by over 70% on the Cosmo, Goodhouse, Esquire, and Popmech websites.

Let us walk you through how we got here.

Every subscriber’s info was consolidated into one, unified marketing platform

IM started to use Mindbox’s platform in February. Before that, all the data about the company’s subscribers — over several hundred thousand people — had been stored in a custom CRM system that had limited technical and analytical functionality.

To solve these problems, the Mindbox team integrated the platform with IM’s brand websites. Then, all their subscribers’ recorded information was uploaded into Mindbox, which in effect:

The outcome was an up-to-date database containing one, unified profile for every customer.

All the data from IM’s subscribed online readers is stored on Mindbox’s platform. The information from each IM brand is collected and analyzed separately, but all the data is stored in one place. This helps to then track and pinpoint overlapping customer interests.

As Mindbox’s system collected data, IM continued sending emails with the same regularity, but to the now-consolidated customer base. In addition, IM continued collecting data to better examine the emails’ efficiency. For example, by March, the unsubscribe rate fell to an unexpected 0.6%.

However, frequent emails usually negatively affect readers – they tend to unsubscribe, meaning the subsciber count shrinks and the number of visits to the websites decrease.

We needed to reduce the number of emails to avoid a decrease in website visits – but this was not something that we could do for IM, as it would risk losing target customers. An alternative suggestion was to apply a unique algorithm to control the mailing frequency for IM’s brands that had a larger subscriber base.

The idea behind the algorithm was to send every reader as many emails as they were prepared to read.

Mindbox’s platform system not only controls the frequency of emails, but also analyzes how a subscriber has reacted to previous emails; whether they open the emails they recieve and then visit the website. With the frequency-based algorithm in place, subscribers now receive emails only if they are interested in them.

This frequency control takes into consideration subscribers’ engagement in all IM’s emails and magazines/websites. For example, if the system notices that a Cosmo subscriber has stopped opening their emails, it takes that into account and then correspondingly reduces the email frequency of other magazines the reader is subscribed to.

IM & Mindbox collaboration: the results achieved from February to July, 2018

After Mindbox activated the Mailing Frequency Control algorithm, IM’s main expectation was a reduction in the unsubscribe rate, but without experiencing any losses in the number of website visits.

In May, 2018, the Mindbox team launched the algorithm for Cosmo subscribers, and in June, it was implemented on other websites. By July, its effect had already reached its peak, dramatically reducing the unsubscribe rate.

On average, the unsubscribe rate dropped by more than 70%.

The diagrams demonstrate the relative unsubscribe rate level for four of IM’s magazines. Between the four, the statistical tendency was the same — the unsubscribe rate was reduced by 70% following the algorithm’s launch

These websites' audiences differ not only in gender and age, but also in things like their interests and life priorities.

There were also additional positive indicators that the new emails were effective.

The number of the emails sent decreased:

Since the launch of the algorithm, IM started sending fewer emails to the subscriber bases of each brand

The monthly reach either remained the same or increased:

The number of emails sent decreased. At the same time, the reach — i.e., the number of people who read emails over a given period — remained the same or increased

Even though IM now sends emails less frequently, thanks to the algorithm, more people are reading their emails and visiting the websites. This is because subscribers are sent messages at a personalized rate that is comfortable for them. So the emails they receive are not treated like spam or junk mail, and are instead a welcomed update that keeps them in the loop. Hence the higher open and click rates.

Mindbox’s clients tend to be wary of reducing the number of communications with their customers. The assumed consequence is that there would be a decrease in channel efficiency. However, Independent Media's story proves that the client was able not only to reduce the rate of unsubscribers, but also provide extra value.

For example, since IM started using Mindbox, Cosmo email readers have increased by 40%. The higher open rate contributed to an increase in website visits

Within our company, the interests of our audience always prevail. The previous CRM didn’t exactly correspond to our high communication standards. That’s why we decided to replace the custom CRM with a more flexible system that would enhance our technical and analytical capabilities.

We opted for Mindbox, and this proved to be very successful. When it comes to email marketing, IM’s development tasks go in unison with its partners’ views.

So far, Mindbox has helped us reach our unsubscription optimization goal, increase the number of visits to our brands’ websites, and raise open and click rates. At the same time, we continue to collect information about our subscribers’ interests, which enhances our knowledge about our audience and allows us to personalize messages as much as possible. 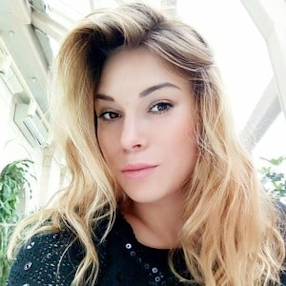