Creating a loyalty club: how the right KPIs can improve data quality

Loyalty clubs are in a league of their own in marketing. They strive to unite the target audience around common ideas, values and interests, turning them into brand advocates. An FMCG company contacted Mindbox for marketing consulting regarding how to create a strong loyalty club.

The project team understood that the first impression is the most important part of attracting the audience, so they decided to invite people to join the loyalty club personally with the help of consultants on the streets of Russia’s cities. The consultants talked about the advantages of joining the club and used a special tablet app to input contact information into the application forms. The information was automatically transmitted to Mindbox. From there, SMS and email sequences were used to get customers to join the loyalty club.

While everything on the service side worked as well as could be expected, the human factor produced systematic errors: a lot of application forms were filled out, but the quality was low. They just couldn’t seem to get enough members to join. The project slowly evolved from building a loyalty club to creating a «hardworking consultant club» to provide quality data.

We analysed the application forms after the consultants had been working for several months. Here’s what we found:

Comparing the results from SMS messages and emails showed that email had a higher conversion rate and lower cost, meaning that the email field in the application form was more important than the phone number.

In both channels, some messages weren’t delivered. In general, there were three problems:

With email, we figured out how to determine the root cause of the problem by requesting detailed status messages from the mail servers.

It was harder with phone numbers, but our analysis helped. It turned out that only 5% of messages were delivered by sending the SMS again a couple days after the first attempt. This implied that 95% of the time, the phone number was wrong.

We also didn’t want to punish the consultants when customers wouldn’t give their real contact info, so we accounted for this when determining the KPIs.

The most important thing for us was getting valid contact info. The email address was most valuable. As a result, we wound up with two KPIs:

Our priority was to make sure that the KPI targets were feasible, so we began gradually. Our goal for the first stage was to eliminate cheating, but we understood that the consultant isn’t always at fault for incorrect phone numbers and email addresses: sometimes the customers are responsible.

We then gradually made the KPIs stricter, setting the target at the average level of the top 20% of consultants. We moved gradually, calmly and without applying psychological pressure on the staff.

The process of switching to a KPI-based pay structure is far from simple. People don’t like to change the way they work. Transparency and consistency helped to smooth out the process.

We did several things to make the transition easier:

These measures made for a smooth transition to the KPIs.

The project has been underway for two years now and has been under continuous development. We’ve modified the KPIs a couple times and changed the target thresholds. But the most important results are the KPI improvements:

The loyalty club project was successful despite numerous difficulties. FMCG is a sector where the result justifies the investment. But marketing technology and services are not useful without quality staff. 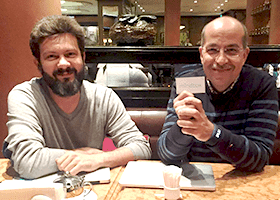 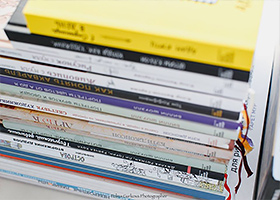 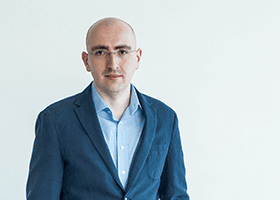 15 Jul ‘17 Interview with Alexander Gornik, Mindbox CEO
Thank you!
We’ll be back in 24 hours.