Alexander Gornik, Mindbox’s CEO, shares his experience of creating a marketing automation platform with the CIS market share of 30%. The Idea The idea for the product transpired when my partner, Ivan Borovikov, and I had been custom software developers for large FMCG brands. 2007- 2008 witnessed a promotion peak, to include finding a code under a soda cap and then claiming your prize. […]

“A happy client is a key part of our marketing strategy.” — Alex Gornik, CEO, Mindbox 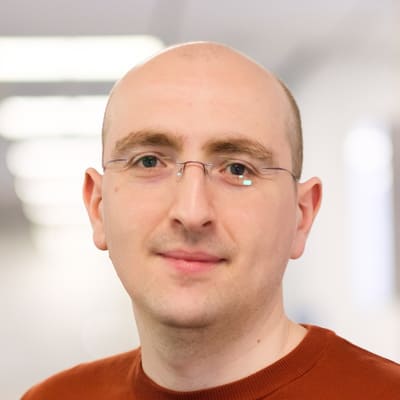 Alexander Gornik, Mindbox’s CEO, shares his experience of creating a marketing automation platform with the CIS market share of 30%.

The idea for the product transpired when my partner, Ivan Borovikov, and I had been custom software developers for large FMCG brands. 2007- 2008 witnessed a promotion peak, to include finding a code under a soda cap and then claiming your prize. Later on it became clear that one-time marketing communication did not make sense.

It is strange to establish a large customer base and then fail to use it in later promotions. We spent a lot of effort trying to convince FMCG corporations to abandon one-time promotions. We would rather pull customer information and store it in a single customer database for targeted marketing. Some brands agreed, some did not. Nevertheless, an automated solution was eventually created.

By 2013, it had become clear that the FMCG market was comparatively small and unreceptive to our idea. That was when we decided to turn to the e-commerce sector. There, we were sure that there would be a definite need for targeted marketing.

By 2014, we saw a demand in this sector, and the product began to adapt. The marketing challenge was just like that in the consumer goods market, which signals the need for a unified customer profile with different integration and advertising channels.

There was one commonality, however, the CDP. That is, the integration of different systems and a customer database common to all marketing channels. At first, our clients did not appear to have much faith in our product; It seemed to them that a product originally for FMCG would not be suitable for ecommerce.

However, as our product evolved and success stories were released, the skepticism faded. Initially, we had called the product «Game Engine.» That was from 2008 to 2017. It was then changed to «DirectCRM,» as we came to realize that we were a single-product company.

I joined Ivan’s team as a programmer, and from there I advanced into a CEO — within 10 years. Mindbox’s business is known for its agile-based culture with the fundamental principles of happiness in the workplace: self-management, transparency, value, usefulness and evolution.

For example, the company gives full access to P&L statements, along with salaries, balance sheets, stock option plans, and ownership structures. In return, the company expects self-discipline and efficiency. I am positive that this is a key attribute to our company’s growth.

In 2020, the company had 115 employees, including 60 developers. Since the beginning, about a dozen people have become co-owners, along with Ivan and myself. The company has always been profitable, so external investors have not been needed.

In 2010, we rebranded and the Mindbox brand name premiered. The name is the result of a collective brainstorm among employees — 15 people at the time. It reflects the main idea of ​​the company: the best working conditions for the smartest people.

The company blog and content marketing have become our main promotion tools. We noticed that some clients bought our product after reading older, previous articles that were exclusively about our product. We decided to scale this tool, but we were not sure how.

Everything changed when Philipp Volnov, one of our Lead Managers, wrote an article on applying the product, rather than about the product itself. It was essentially a success story about how our marketing had been set up and included, of course, its results. Almost immediately we received four applications from potential customers.

The strategy turned out to be simple. Our product works well for the client, so we describe the success story in print and then distribute it as widely as possible. In short, our efforts are focused on content that is useful to our target audience.

Today’s Facebook blog brings in about half of our sales. Mindbox is promoted mainly on this platform, and there are 20,000 followers. Other sources include email, SEO, and contextual advertising channels, which are also highly engaged. Regardless of the source, the major principle stays the same.

Happy clients are a key part of our marketing strategy. From the very beginning, the client’s expectations are underscored, which is what determines the project’s success. A clear sign of a satisfied client is relatively easy to spot: the metrics are increasing, and a client’s employees are ready to share their figures and give feedback. The higher the position of a reviewer, the greater the value and benefit.

So far, 80 successful-use cases have been published in our blog. Moreover, our managers’ paychecks depend on their clients’ success. There are also bonuses for other types of contributions.

In 2019, Mindbox’s revenue amounted to $7 million. By 2018, its MRR (Monthly Recurring Revenue, regular monthly income) increased by 55%. To compare, in 2015, Mindbox’s revenue was $2 million, and mostly consisted of consulting and large FMCG corporations. This year, according to our estimates, Minidbox’s revenue will exceed $10 million.

The company attempts to offer a product at the lowest cost possible. Cost depends upon how intensively our product is used. Clients who have started using our product rarely stop, and they usually use our services more often over time.

Efficiency, that is, revenue per person, is also growing. It has stabilized at $70 thousand per person, where in 2016 it had been at $43 thousand. There are other indicators, apart from financial metrics, such as client conversion into successful use cases (about 30%), customer churn, and number of automatic campaigns — a quick metric of value. As far as team happiness is concerned, employees’ incomes including bonuses are taken into consideration, with a decile dispersion ratio of 4.8.

Nowadays, Mindbox is the leader among marketing automation services in the CIS region. According to EmailSoldiers agency, the company plays a leading part among CDP-based email platforms for medium and large businesses.